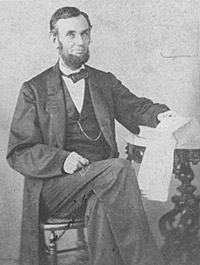 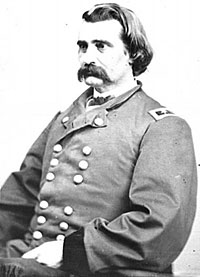 A fellow Sangamon County rail-splitter, George Close, noted that Mr. Lincoln’s early appeal was bipartisan. In Mr. Lincoln’s 1832 election, he received one more vote in Springfield that the Democratic and Whig candidates for Congress received together.1 Mr. Lincoln lost that campaign, but he set the political stage for later successful alliances.

Mr. Lincoln’s first election to the State Legislature in 1834 came about because local Democrats sought to defeat Whig leader John T. Stuart. They liked Lincoln and said they would help him. Their manipulations helped elect Mr. Lincoln but failed to unseat Stuart. Mr. Lincoln had laid the groundwork for his victory two years earlier when he lost but yet received 277 of the 290 votes in his home village of New Salem. “The Democrats of New Salem worked for Lincoln out of their personal regard for him. That was the general understanding of the matter here at the time. In this he made no concession of principle whatever,” said lawyer Stephen T. Logan. “He was as stiff as a man could be in his Whig doctrines. They did this for him simply because he was popular – because he was Lincoln.”2

Although Mr. Lincoln was a strongly partisan Whig, he learned to get along with Democrats as well. Attorney Orlando B. Ficklin met Mr. Lincoln in December 1835 “at Vandalia as members of the Legislature, a friendship then commenced which remained unbroken by political differences or personal interests or otherwise, up to his death.”3 The two politicians went on to serve in the U.S. House of Representatives together and work together on legal cases.

Even political differences were not necessarily cause for personal enmity. When in the legislative campaign of 1836, Mr. Lincoln and Stuart were charged by Colonel Robert Allen with unnamed offenses, Mr. Lincoln wrote Allen a letter demanding that he reveal the facts behind his insinuations. “I am flattered with the personal regard you manifested for me; but I do hope that on mature reflection you will view the public interest as a paramount consideration and therefore let the worst come. I assure you that the candid statement of facts on your part, however low it may sink me, shall never break the ties of personal friendship between us.”4 Friendly did not mean feckless.

Mr. Lincoln’s respect for the truth was also bipartisan. On another occasion in that campaign he confronted attacks by Democrat George Forquer: “The gentleman commenced his speech by saying that this young man would have to be taken down, and he was sorry the task devolved upon him. I am not so young in years as I am in the tricks and trade of a politician; but live long or die young, I would rather die now than, like the gentleman, change my politics and simultaneous with the change receive an office worth three thousand dollars a year, and then have to erect a lightning rod over my house to protect a guilty conscience from an offended God.”5

Nearly three decades later in 1864, John T. Stuart, now a Democrat, was defeated for reelection to Congress from Springfield by Republican Shelby M. Cullom. Cullom recalled going to White House shortly after that election. “It so happened that Mr. Lincoln and Mr. Seward, with some other cabinet officers, were in the room, holding a consultation. I had opened the door before I observed who were there. President Lincoln saw me quite as soon as I saw him, and I was very much embarrassed. He sang out cheerily, ‘Come !’ and turning to his Secretary of State, he added, ‘Seward, you remember my old friend Stuart? Here is the boy that beat him.”6

The Kansas Nebraska Act advanced by Senator Stephen Douglas split apart the usual Whig-Democrat divisions in the state. Mr. Lincoln recognized early in the 1854 campaign the need to reach out to the anti-Nebraska Democrats. In early September, he wrote State Senator John Palmer, who had unsuccessfully sought a Democratic congressional nomination: “You know how anxious I am that this Nebraska measure shall be rebuked and condemned every where. Of course I hope something from your position; yet I do not expect you to do any thing which may be wrong in your own judgment; nor would I have you do anything personally injurious to yourself. You are, and always have been, honestly, and sincerely a democrat; and I know how painful it must be to an honest sincere man, to be urged by his party to the support of a measure, which on his conscience he believes to be wrong. You have had a severe struggle with yourself, and you have determined not to swallow the wrong. Is it not just to yourself that you should, in a few public speeches, state your reasons, and thus justify yourself? I wish you would; and yet I say ‘dont do it, if you think it will injure you.'”7

Mr. Lincoln encouraged Palmer to do as little as possible for pro-Nebraska Democrats: “Had your party omitted to make Nebraska a test of party fidelity; you probably would have been the Democratic candidate for congress in the district. You deserved it, and I believe it, would have been given you. In that case I should have been quite, happy that Nebraska was to be rebuked at all events. I still should have voted for the whig candidate; but I should have made no speeches, written no letters; and you would have been elected by at least a thousand majority.”8

As President, Mr. Lincoln understood the necessities of political patronage for the Republican Party. But he also understood that party affiliation could not be the sole criteria for appointment. He had to not only keep the Republican Party together; he had to keep the Union together. “It was not many days before he was reported, and truly, to have declared his intention of appointing to official positions Democrats as well as Republicans, and of retaining faithful and capable public servants wherever possible,” wrote William O. Stoddard, who served in the Lincoln White House. “There was a groan of dismay and wrath among the office-seekers, but subsequent developments proved that the President-elect was prepared to stand firmly by his wise and just decision.”9

President Lincoln, Judge David Davis later recalled, “swore in his soul he would act justly; he said he intended to appoint Democrats & Republicans alike.”10 Even before he left Springfield, President-elect Lincoln had a revealing conversation with his friend Joseph Gillespie:

I remained in Springfield several days on this occasion, and was in almost constant contact and association with Mr. Lincoln. ‘Do not leave me,’ he said repeatedly. ‘I wish I could take all you lawyers down there with me, Democrats and Republicans alike, and make a cabinet out of you. I believe I could construct one that would save the country, for then I would know every man and where he would fit. I tell you there are some Illinois Democrats whom I know well I would rather trust than a Republican I would have to learn, for I’ll have no time to study the lesson.”
“Who are they?” I asked.
“Oh, most any of the leading Douglas Democrats – Linder or Ficklin, or [William Rawls] Morrison.”
“How about Logan?” I asked for Logan’s name was then on every lip as that of one who would lead a large section of Southern Illinois into rebellion. ‘They tell me John is acting curious,” said Mr. Lincoln standing before the fire with his coattails apart and his head bent in a musing way. ‘You are from Egypt – what do the people there think of him?” “They think he will be against you,” I replied, dreading to add anything to his burden, but being unable to avoid a direct, answer under the penetrating glance of his honest eyes. ‘I don’t,” said Mr. Lincoln, decisively. “Logan has been on the surface an anti-Douglas man, but I know that in his heart he loves Douglas as a brother. I think I understand John. He lives in a section composed largely of old Kentucky and Virginia stock. These men have a sympathy for the South, which opposition would only intensify, but which an actual rebellion will almost entirely destroy. I think Logan is only going with his section now, and waiting for the ball to open. I count on him, and most of the fighting Democrats of Southern Illinois, to defend not Lincoln, but their country.”11

Mr. Lincoln was prescient. As President, Mr. Lincoln approved generalships for several Illinois Democrats who had been strong opponents in previous years including John A. Logan, John A. McClernand, and James Shields, who by then had moved to another state. President Lincoln also rewarded Illinois Republicans like Stephen Hurlbut, Richard Oglesby and William Orme as well as professional soldiers like Ulysses S. Grant and John Pope with generals’ stars. McClernand biographer Richard L. Kiper noted: “John McClernand and John Logan served Lincoln well in southern Illinois; Egypt did not turn out to be a problem.”12 (Logan in particular proved too be a loyal War Democrat and an effective general. After the War, he became an effective Republican politician.)

There were practical considerations for these appointments. “Mr. Lincoln was especially considerate of Democrats, as I learned while calling with a complaint,” wrote Iowa Congressman Josiah Busnell Grinnell after the Civil War. “There was in the Interior Department a constituent of mine, who was frequently insulted by a department clerk, a real rebel, and the more bold because he had a brother, a member of Congress, whom the Secretary would be slow to offend. As I opened my grievance, Mr. Lincoln had a hand on my shoulder and said, ‘Don’t ask me to strike so low as I have to do with those whom I despise, for we are at war. Democratic aid we must have if possible, and I conciliate to avoid friction.”13

Mr. Lincoln’s rationale for refusing to dismiss Democrats could be personal as well as political. “Charges came from various Republicans and army officers of New Mexico that the Territorial supreme court chief justice, Kirby Benedict, was not merely a tippler but a toper, unfit for the bench, Kirby was a Douglas Democrat appointed to the bench by President Pierce in 1853. Until then Benedict had for many years practiced law in Illinois, where Lincoln knew him as one of the best storytellers, a literary artist, a rare bird of human fellowship,” wrote biographer Carl Sandburg. President Lincoln told critics: “Well, gentlemen, I know Benedict. We have been friends for thirty years. He may imbibe to excess, but Benedict drunk knows more law than all the others on the bench in New Mexico sober. I shall not disturb him.”14

Shortly before Mr. Lincoln departed Springfield, he was approached by an old Democratic friend who had been insulted by a story Mr. Lincoln had once told. “Mr Lincoln,’ said the man as he extended his hand, “we may never meet again and I would like to part good friends.” The President-elect replied, “Certainly.”15