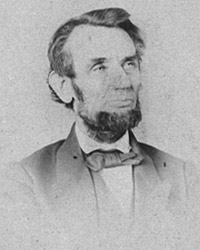 Front Parlor of the Lincoln Home

Sitting Room of the Lincoln Home 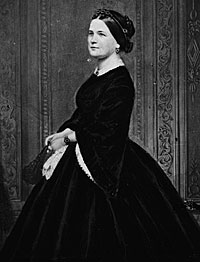 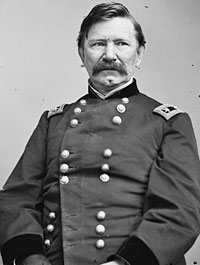 Opinions on Mr. Lincoln’s sociability differed. Mr. Lincoln was “one of the most companionable persons you will ever see in this world,” said New Salem resident Mentor Graham.1 “Mr. Lincoln was a social man, though he did not seek company; it sought him,” recalled friend Joshua F. Speed with whom Mr. Lincoln lived in his bachelor days in Springfield. “After he made his home with me, on every winter’s night at my store, by a big wood fire, no matter how inclement the weather, eight or ten choice spirits assembled, without distinction of party. It was a sort of social club without organization. They came there because they were sure to find Lincoln. His habit was to engage in conversation upon any and all subjects except politics.”2 White House aide William O. Stoddard observed: “The President is eminently social in his disposition and so is Mrs. Lincoln, but there have been many things in the way of even official sociability since their arrival in Washington.”3

An editor who visited Mr. Lincoln in June 1860 remarked on his sociability: “My visit, which I intended should be ten minutes, was nearly two hours long. More than once I rose to leave, but he was kind enough to assure me that he did not regard my call as a bore. I found him one of the most companionable men I have ever met. Frank, hearty and unassuming, one feels irresistibly drawn toward him. In his conversation and bearing he reflects the gentleman.”4

Contemporary biographer Isaac Arnold wrote of Mr. Lincoln: “In conversation he was most interesting. Few were so well informed and fewer still so original, so impressive, and so fascinating. On every subject he had something new and striking to say; and with this there was so much genial humor, that he was attractive beyond comparison.”5

But there were some of Mr. Lincoln’s friends who became alienated from him and testified to his own alienation. “Lincoln was not a social man – was sad – gloomy: he couldn’t Care for any man or any man’s interests,” said onetime law partner John T. Stuart.6 Stuart complained that he had “been at L’s house a hundred times, never was asked to dinner.” He added that once in Washington, President Lincoln “never asked about…anybody.”7

“Mr. Lincoln was not a social man by any means,” Judge David Davis maintained.8 Stuart said Davis also complained that he had never been “asked to dinner.”9 Still, the Lincolns held parties. “Declined invitations to Mr. Lincoln’s & Mr. Stuart’s on act of court being protracted until late in the evening,” Davis wrote his wife.10 But whatever social grudges that Davis and Stuart held, the Lincolns did entertain. In order to refute the notion that Mr. and Mrs. Lincoln seldom entertained, Lincoln biographer William E. Barton found “in Senator Browning’s Diary many entries such as these:

Springfield, Monday, [1852 January]
At night delivered a lecture in 3rd Presbyterian church for the benefit of the poor. After the lecture went to Mr. Lincoln’s to supper

The February 1857 party was a large affair for 500 guests. “I recall, with sad pleasure, the dinners and evening parties given by Mrs. Lincoln,” wrote friend Isaac Arnold in his biography of the President. “In his modest and simple home, where everything was so orderly and refined, there was always on the part of both Mr. and Mrs. Lincoln, a cordial and hearty Western welcome, which put every guest perfectly at ease. He table was famed for the excellence of many rare Kentucky dishes, and for the venison, wild turkeys, and other game, which in those early days was abundant. Yet it was the genial and ever kind welcome welcome of the hostess, and the wit and humor, anecdote and unrivalled conversation of the host, which formed the chief attraction, and made a dinner at Lincoln’s cottage an event to be remembered.”12

Given her upbringing and background, it was natural that Mrs. Lincoln might be the more conventionally social part of the couple. Psychobiographer Charles B. Strozier noted how the social “Mary reported to her friend Hannah Shearer that there had been ‘a continued round of strawberry parties’ and that during the past week she had spent five evenings out. She also reported giving a ‘strawberry company for 70 people.’ Isaac Arnold described her as ‘busy, animated, and gay at these gatherings.”13

The menu at the Lincolns was fresh but not necessarily appetizing. Journalist Donn Piatt and General Robert E. Schenck visited the Lincolns in Springfield shortly before the 1860 election. “On the day of our arrival we were invited to a supper at the house of the President-elect. It was a plain, comfortable frame structure, and the supper was an old-fashioned mess of indigestion, composed mainly of cake, pies and chickens, the last evidently killed in the morning, to be eaten, as best they might, that evening.”14

Mr. Lincoln had a way of becoming the center of conversation – long before he became President. Chicago Evening Journal reporter Andrew Shuman recalled that as Mr. Lincoln, his political friends and journalists traveled around the state in the summer and fall of 1858, “Mr. Lincoln was always the leading spirit in conversation. He would tell stories himself, and draw out stories from others; and his laugh, though not the loudest, was always the heartiest. Then he would pass to soberer themes, and discuss them with a tinge of that melancholy, which, however he might be surrounded, never seemed far distant from him. At night, stopping at the country tavern or at some friend’s house, the evenings would be spent in discussion and story-telling, or perhaps in a humorous review of the events of the day; and after retiring, Mr. Lincoln would entertain his companion, often far into the night, discoursing on a great variety of subjects, politics, literature, views of human life and character, or the prominent men and measures then before the country.”16

As lawyers traveled around the Eighth Circuit, “Mr. Lincoln was the life and soul of many of these parties. Springfield businessman Thomas W. S. Kidd wrote: “Cold and cheerless proved the journey if perchance the litigants in the counties to which they were going had not engaged Lincoln to prosecute or defend a case of sufficient importance to secure his company.”17
Elizabeth Allen Bradner recalled the excitement of these attorneys visiting Bloomington. She wrote that there were four ladies who in turn would give parties for the lawyers. These their guests greatly enjoyed, especially Mr. Lincoln who was always the life of a party, full of anecdotes and ready with impromptu stories told at the expense of the other lawyers. Mr. Lincoln was at my house one evening in one of his happiest moods. Walking up and down he struck his head against the chandelier in our living room, halted and said: ‘How awkward I am,’ after which he continued his walk and again hit his head against the chandelier, remarking with a smile that they had none of these things at his house.”18

“He was in no sense a brilliant conversationalist, yet he was so logical in his discourse and his illustrations were so pertinent, that he always commanded the attention, and seldom failed to excite the admiration of his listeners,” wrote Massachusetts Congressman John B. Alley. “In conversation with some of the most eminent senators during Mr. Lincoln’s administration, it was remarked that Mr. Lincoln had said some things which exhibited more profound thought, more intellectual grasp and more power of statement than anything that had ever been said by mortal man.”19

The ability to converse without saying anything would have tried the most social soul, but sometimes it was necessary. The period between Mr. Lincoln’s nomination in May 1860 and his inauguration in March 1861 certainly strained his social abilities. Secretary John G. Nicolay recalled that summer and fall: “Now his whole time was given to the quiet reception of visitors at his room in the State House, where, indeed, they came in considerable numbers, leaving little time for anything except the exchange of greetings and mere desultory talk, in which his whole effort was necessarily directed to avoiding political subjects, since any expression of opinion would be instantly telegraphed and printed far and wide. In this however he was very successful. He was by nature genial and social, a ready and entertaining talker, able to invest the tritest topics with fresh interest by his comments which were always clear and forcible, and often quaint and original. The visits from his old friends and neighbors from Sangamon County and reminiscences of frontier days furnished a considerable share of such conversation. The popular enthusiasm had seized with eagerness upon the incidents of his early life as pioneer and rail-splitter.”20