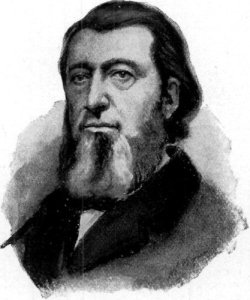 “I have just written [Norman] Judd that I wish him and you to meet me at Freeport next Friday to give me the benefit of a consultation with you,” Mr. Lincoln wrote Chicago lawyer and Republican political leader Ebenezer Peck in August 1858. Senator Stephen “Douglas is propounding questions to me, which perhaps it is not quite safe to wholly disregard. I have my view of the means to dispose of them; but I also want yours and Judd’s. I have written more at length to Judd, and would to you, but for lack of time. See Judd, you and he keep the matter to yourselves, and meet me at Freeport without fail.”1

The two Chicago Republican leaders “took the night train and went out to Mendota to meet him,” Judd recalled. “We got there about two o’clock at night, and we had Lincoln waked right up. We went up into his bedroom, and had our talk with him there. He looked very comical sitting there on one side of his bed in his short nightshirt, &c &c. He then read to us his answers to Douglas’ Ottawa questions.” Judd suggested a “slight change in phraseology” to appeal better to local Republicans, but Mr. Lincoln declined to make them. “He listened very patiently to both Peck and myself, but he wouldn’t budge an inch from his well studied formulas. ‘Now’ said he ‘gentlemen, that is all. I wouldn’t tomorrow mislead any gentleman in that audience to be made President of the U.S.'”2

The meetings Mr. Lincoln held with his Chicago advisers like Judd, Peck and Chicago Tribune editors Charles Ray and Joseph Medill were pivotal to the Senate campaign and his political career. Mr. Lincoln proposed asking Senator Douglas four questions at the Freeport debate – questions to which his advisors objected, according to some versions of the meetings. “‘Douglas will answer in some glittering generalities and Evade the question,’ said Peck – [Charles] Ray Et al,” Judd later told William H. Herndon. Mr. Lincoln insisted that Douglas would respond to the questions and it would eventually kill Douglas politically.3 As usual, Mr. Lincoln prevailed.

Ebenezer Peck served in the Illinois House of Representatives as a Democrat (1835-1836) where he was thorn in the side of the Whig Party. “The Democratic Party…was not really organized until Peck went down there. He was fresh from Canada and we used to call him Canada Peck – he wore a fur cap with a long tail hanging down behind,” recalled John Todd Stuart, who was then the Whig leader. “He went down there and organized caucuses, and urged the party in all parts of the state to hold conventions. In all this he was doing a good thing by his party, but the Clay men did not like it, because after he had done all this we found we could not carry our measures as we had done before.”4 In 1842 when Whigs and Democrats faced off in a debate over state bank policy, Ebenezer Peck and State Auditor James Shields represented the Democrats. The Whigs were represented by Mr. Lincoln’s friends Edward D. Baker and Anson G. Henry. The meeting took place in the middle of the publication of the “Rebecca” letters in the Sangamo Journal that satirized Shields and nearly led to a duel between Shields and Mr. Lincoln.

Peck split from the Democratic Party in 1854 over Senator Stephen Douglas’s sponsorship of the Kansas-Nebraska Act. Peck served the Illinois Supreme Court’s chief clerk from 1841-1845 and as the Court’s reporter from 1850 to 1863. In 1863, Peck was appointed to the U.S. Court of Claims by President Lincoln. He had been considered the previous year for a position as a Treasury Department assessor in Illinois. Treasury Secretary Salmon P. Chase noted that “Senator Trumbull has recommended Mr. Peck, and the brief contains an expression of your confidence in his fitness for the office.”5

xPeck was part of the delegation from the Chicago Republican convention which traveled to Springfield to notify Mr. Lincoln of his nomination. According to Springfield political associate John Bunn, “The notification by committee took place in Mr Lincoln’s house in evening – after dinner at hotel. Peck saw local people and stated that it was not expected that Mrs Lincoln should be present & she should be notified accordingly. ‘Go up & tell her yourself’ said the local committee to Peck but he failed to do so and Mrs Lincoln in full evening, low-cut dress came sweeping into the room.”6

When President-elect Lincoln left Springfield for Washington in 1861, Peck traveled aboard the train as far as Indianapolis before returning to Illinois. He made at least three trips to Washington – taking a role in advancing President Lincoln’s renomination in 1864. In late December 1863, John Hay recorded in his diary: “Peck was here this evening. The Indiana State Convention meets in Mass Assembly of the people on the 22nd of February to nominate delegates to the Union Convention for Presidential selection. P. does not understand this clearly. He will cause the Illinois Convention to be called two days before, if it is thought advisable.”7

Mr. Lincoln told Ebenezer shortly after his inauguration “that a man had occasion sometimes, to put his foot in the face of his best friend in order to lift himself a round higher on the ladder of ambition.” Historian Michael Burlingame wrote that “Peck was chagrined when he failed to be named postmaster of Chicago. The editors of the Chicago Tribune wanted the job for one of their own, for they saw it as a way to expand the paper’s influence.”8

Biographer Isaac Arnold wrote that Peck went to the White House in the summer of 1864 and told Mr. Lincoln: “Your reelection is necessary to save the Union, and no man must stand in the way of that success. Mr. [Montgomery] Blair himself will gladly retire to strengthen the ticket.”9 Later that summer, Postmaster General Blair was indeed forced out.

Peck was not one of those Illinois Republicans who pestered the President with advice and requests, but on at least one occasion he took a Democratic idea to Mr. Lincoln. In August 1864, two Illinois peace conventions were organized by James W. Singleton, an Illinois Democrat who knew the President. According to historian Harry E. Pratt, “His intentions were sincere and honest, though he was denounced as a Copperhead. He continued his efforts for peace in the following October, requesting Ebenezer Peck…to set before the President a peace proposal which he had drawn up.” Peck met with Mr. Lincoln and on October 14, Peck described to Singleton the President’s reaction:

I received yours yesterday and this morning I had an interview with the President in relation to its contents; with every desire on his part to comply with your request in the premises; he does not deem it compatible to do so. The favorable results of the recent elections, might subject him to the imputation of being willing now, to disregard the desires of the radical men, who have so reluctantly come in to his support, and thus subject him to the imputation of catering to new element[s] in disregard of their opinion.

He stated during the conversation, that a prominent and sensible radical, had stated to him in a conversation upon this subject; and had while he (the radical) might afford to make the hazard of such a declaration as you desire, that the President could not.

Mr. L. spoke very kindly of you expressing his full confidence in your integrity of purpose, and intentions — he could not under advice, in the present juncture of affairs, do what you, and I might add, he desired.
I asked him if he could say that if any state in rebellion, Georgia for instance would cease hostilities, elect her senators and representatives, and then ask to be recognized as a state of the Union; to enjoy her full rights and immunities as such (now obstante slavery) in all respects, as before the rebellion, he would be for recognizing such state, and restore the people thereof, as if no difficulties had intervened; he said, although there would be no hesitation on his part so to say and act, if the fact should so be, and the event should occur, yet he did not feel justified so to avow in advance especially where so many imputations would rest upon a declaration, having the appearance of propitiating votes, from men who are not cordial, in support of his general administration.

I might add much more of expressions [of] Mr. L only of kindness to yourself and your motives; but in favor of a policy which I suppose you to have, and I know I have thoroughly at heart; an honest continued and beneficent peace, one which will bring to the country prosperity, permanency, unity and of consequence a happiness now apparently departed.10

Another close Illinois friend of President Lincoln, Orville H. Browning, reported that Singleton continued his peace mission. (With Browning’s help, Singleton would conduct his own personal trade mission to the Confederacy as well):

“Thanksgiving day — Genl Singleton called this morning. Told me he had just come from Canada where he had had an interview with Clay & Tucker, the Rebel Commissioners, and was here to see the President in regard to negotiations for peace — that the aforesaid rebels were anxious for peace upon the basis of the union, and though the people of the seceded states would return if an amnesty was offered, and slavery let alone.

I said I thought the President would make the abolition of slavery a condition precedent to any settlement. He replied that he knew he would not — that he had a long interview with him before the election — that the President showed him all the correspondence between himself and [Horace] Greel[e]y preceding ‘To whom it may concern,’ and said that ‘To whom it may concern’ put him in a false position — that he did not mean to make the abolition of slavery a condition, and that after the election he would be willing to grant peace with an amnesty, and restoration of the union, leaving slavery to abide the decisions of judicial tribunals — and that now the election was over he was again to see him upon the subject, and would let me know the result of the interview.

He also showed me a letter from Judge Peck to himself giving an account of a conversation he had had with the President as ‘go between’ for Singleton.

Singleton took much credit to himself for the defeat of Genl McClellan — saying that McClellan’s election would have been followed by a continuance of the war, and that the President had assured him that slavery should not stand in the way of a settlement.11

After Peck’s death, Lyman Trumbull described Peck as “a ready writer, and his prime a fluent speaker, remarkable for quickness at repartee, and power in debate. He was occupied with too many pursuits to become specially preëminent as a lawyer, though his quickness of apprehension, his powers of discrimination, and knowledge of men fitted him to have attained the very highest position in the profession, had he devoted himself exclusively to it.”12